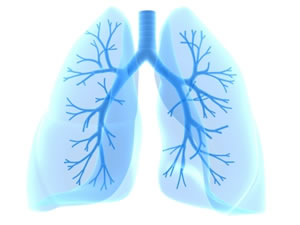 Chronic Obstructive Pulmonary Disease (COPD) is a disease that makes it hard to empty air out of your lungs. This is because the airways get smaller leading to airflow obstruction. This can result in shortness of breath or tiredness because you are working harder to breathe.

COPD is a term used to include chronic bronchitis, emphysema or a combination of both conditions.

Emphysema is caused by damage to the air sacs (alveoli) of the lung. Normally there are more than 300 million air sacs in the lungs. If the walls of the air sacs are damaged they lose their elasticity and trap air. This causes extra air to remain in the lungs after you breathe out. The extra effort required to breathe results in shortness of breath.

Most people with COPD are smokers or have smoked in the past. Sometimes COPD is caused by working or living for many years in an environment where there is exposure to smoke, dust or other fumes. COPD mostly affects those over the age of 35. An inherited condition called ALPHA – 1 – ANTITRYPSIN deficiency can also cause COPD but this is quite rare.