ACBT is a technique which uses breathing exercises to remove phlegm from your lungs. ACBT can be performed in sitting, lying or side-lying positions. Initially you should start in a sitting position until you are comfortable and confident to try different ones.

ACBT uses an alternating depth of breathing to move phlegm from the small airways at the bottom of your lungs to the larger airways near the top where they can be cleared more easily with huffing/coughing. 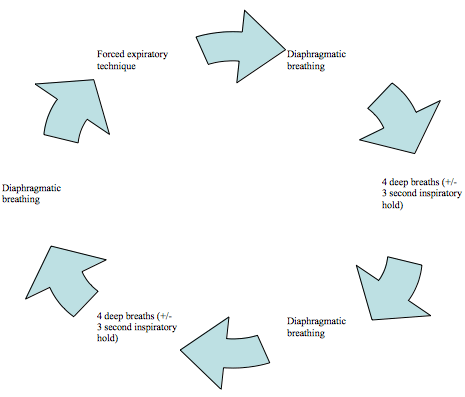